Consumers faced strong headwinds in 2022 including ongoing inflation and economy woes that sent consumer sentiment on a downward trajectory.

White Paper
The Future of Creative Is Collaborative: Build Creator & Influencer Partnerships Into Your 2023 Strategy
People respond to other people, and smart brands are investing in powerful collaborations as a critical part of their creative strategy.
Download White Paper 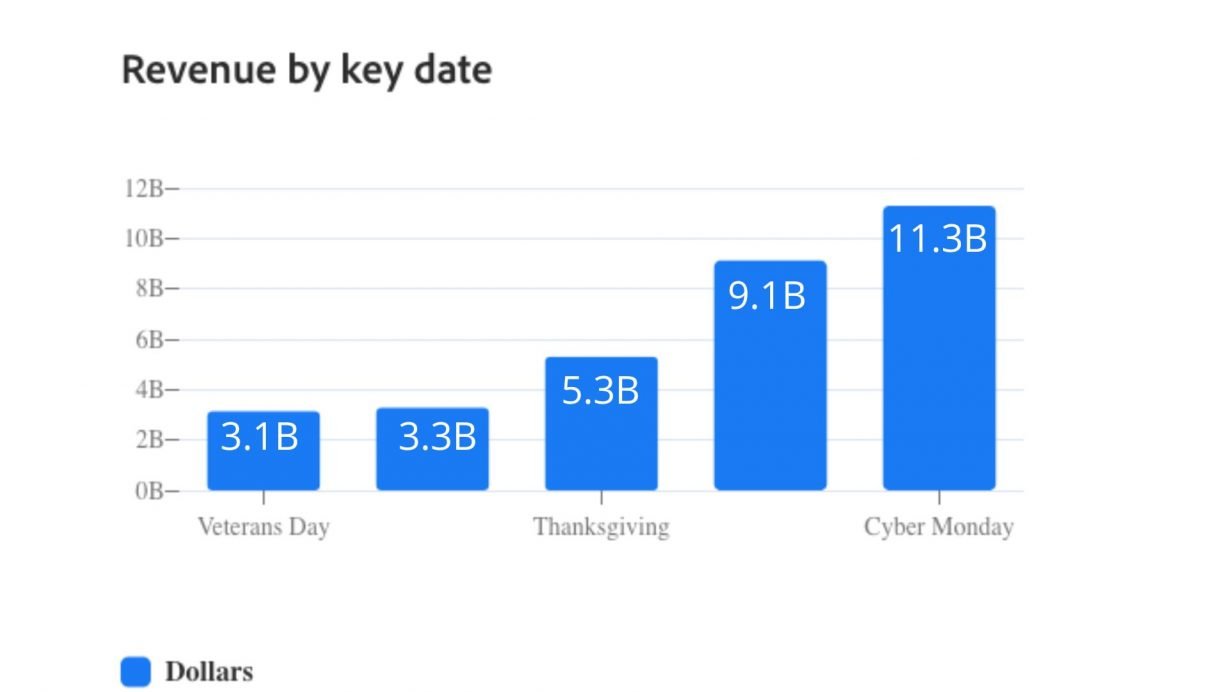 These figures do not factor in inflation, so take reported numbers with a grain of salt. But even with a high inflation rate at 7.7% as of October, what we do know is that consumers turned out, largely online.

Heavy discounts, deferred payment options, and paid media all played a part in the record-setting week. But there were also new trends that stood out this year.

Let’s get you up to speed on what happened.

A record 196.7 million people shopped online and in stores over the five-day period between Thanksgiving Day and Cyber Monday, according to the National Retail Federation’s annual survey.

Adobe estimates that the total season revenue will be at $210 billion this year. If this number holds up, it will be an increase of 2.7% compared to last year’s $204.5 billion holiday season. However, the estimate shows slower growth at 2.5% compared to 8.6% growth in 2021.

Last year, big holiday challenges of inventory shortages caused by broken supply chains plagued many retailers throughout the year and during Cyber Week 2021.

Those woes have improved this year and bigger discounts were offered with a product stockpile on hand. However, stockpiled products have given way to inventory buildup, a problem that many retailers have faced throughout the year.

The toy company, Hasbro reported a 31% loss in its operating profit in Q3 partly due to inventory buildup. It was also suspected that Amazon’s “Prime event” in October was mainly an inventory offloading play than a true Prime Day. Retailers will continue to deal with this issue, which may result in more discounts throughout the holidays.

Focusing on marketing efforts, nearly half (48%) of all Black Friday digital purchases came from a smartphone, which was an increase of 44% compared to last year, setting another new record, according to Adobe. Subsequently, paid search accounted for 30% of all online purchases.

According to Wpromote’s proprietary data, on average, brands saw more efficient spend this year with a 1.8% decrease in cost-per-click, with a -11.23 decrease on Black Friday, and balanced by only a -2.26% decrease on Cyber Monday.

One of the larger drivers that stood out this season that led people to buy was alternative payment methods that have become more popular for most of the duration of 2022.

With inflation hammering consumers that were already making the most of their discretionary budget, Buy Now, Pay Later services have risen this year, and Cyber Week was no exception. According to Adobe Analytics, Buy Now, Pay Later transactions increased to 85% during Cyber Week compared to the week before and revenue rose to 88% during the same time frame.

This goes to show that consumers have been under heavy financial strain and view Buy Now, Pay Later services as a way to stretch their budget to get the gifts they are looking for this holiday season.

Consumers continue to use Buy Now, Pay Later as an alternative to a credit card or a personal loan. According to a new report from LendingClub, 42% of Millennials and Gen Z consumers plan to finance purchases this holiday season.

While Buy Now, Pay Later has primarily been used to finance larger purchases, there have already been reports that consumers have used the service to buy lower-value products as well as household essentials. Salesforce reported the average value of Buy Now, Pay Later transactions in the US declined by 5% during Cyber Week, signaling that cheaper items were financed.

According to research by GWI, this has been a theme throughout a trying 2022. 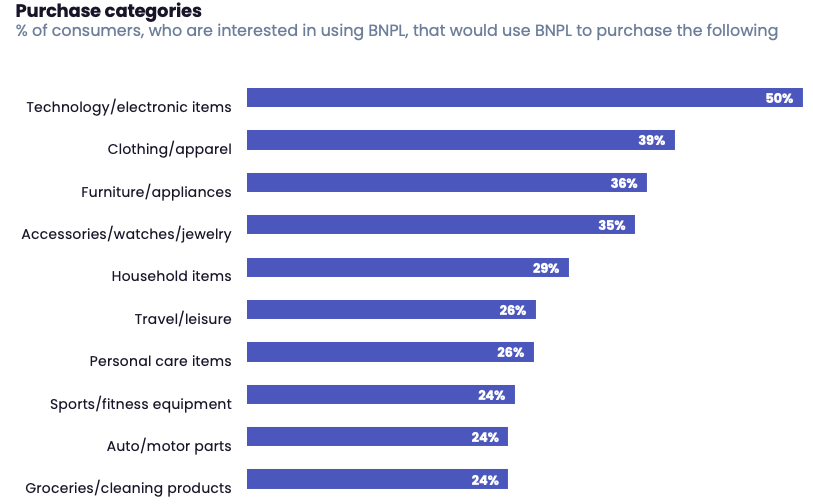 As inflation continues to be a dark cloud over consumers and fears of a recession resume in 2023, expect consumers to keep treating Buy Now, Pay Later as a means to purchase when the budget is tight.

In line with other brick-and-mortar stores across the country, Walmart saw a decrease in physical foot traffic on Black Friday, but it was more than likely that their customers went to the retail giant’s site. And when consumers looked for Black Friday deals, they went to Walmart, according to research from Captify. Black Friday searches on Walmart skyrocketed to 386% compared to last year, beating out Target, Kohl’s, and Amazon respectively.

Walmart has continued to expand its capabilities, providing more retail media opportunities for brands. Walmart’s ad business, Walmart Connect, grew 40% YoY in Q3 and ecommerce grew 16% YoY in the same period. Suffice it to say, Walmart’s investment in its ad platform as well as its Black Friday strategy—three days of Black Fridays savings leading up to the day after Thanksgiving—put Walmart in a position to take a bigger slice of the pie this season.

This is a good reminder that if you are looking to diversify your spend in 2023, Walmart brings some big advantages to the table: 150 million customers shop in its digital and physical stores each week, and Walmart’s proprietary DSP with The Trade Desk gives advertisers the opportunity to build and scale more holistic campaigns beyond advertising on Walmart’s site.

In the end, don’t treat Cyber Week as the end-all, be-all of the holiday shopping season. While it still plays a major part, we’ve known for the last couple of years that shoppers come in all different shapes and sizes, whether that be the early shopper, the traditional Cyber Week shopper, or the last-minute shopper. To make sure your holiday performance is merry and bright, keep these trends in mind:

Learn how you can drive growth and revenue this holiday season by downloading our comprehensive guide, Build Your Brand Wonderland: The Path to 2022 Holiday Performance.

How Retailers Can Prepare for Black Friday and Cyber Monday

How to Advertise On TV In 2023: CTV, Addressable Linear, and AVOD