You might think that emoji usage smacks of all the same problems that come with memes, and you shouldn’t use them in your social media marketing. But actually, that couldn’t be further from the truth. Used well, emojis can be a powerful, personable, and just downright fun way to boost your ad copy and your campaigns. And, unlike memes, they won’t quickly go stale in a pop culture that’s rapidly evolving. They can also significantly increase your engagement.

On Instagram, posts that used emojis received 17% more engagement than posts that didn’t in 2016.

It’s all in knowing how and when to use them, and most importantly, with which audiences. Here are 4 rules you should follow to successfully deploy

To start, you need to think about why you want to use emojis in your copy, and what story you’ll use them to tell. Brands have had great success using custom and branded emojis to start hashtag initiatives that can boost engagement, clickthrough rates, and even sales. You don’t need custom or brand-specific emojis to succeed at telling a story, though. Use a

in a post that asks your followers to submit pics, or add

for flair or urgency. Encourage your followers to send their loved ones a

. There’s a huge range of possibilities as long as you can be creative with the internet’s second language. And speaking of being creative…

2. Be Funny, Clever, Or Preferably Both

It can be tough to be funny on command. But you don’t have to be a comedic genius to use emojis in your social postings – just keep your wits and your sense of humor about you, and you should be fine. Brands have used emojis to funny effect, like Domino’s simply spamming pizza slices: 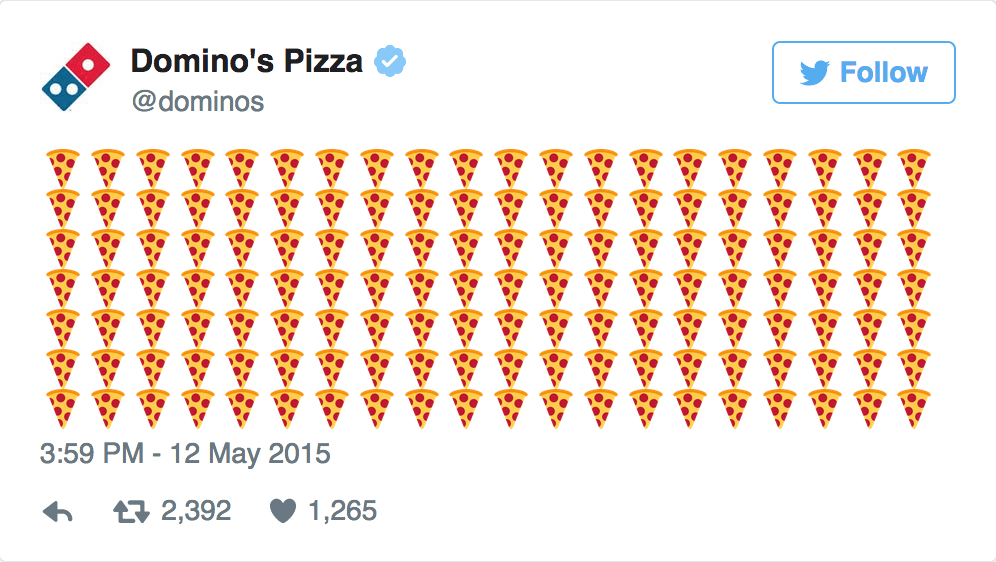 Or the absolutely infamous Deadpool billboard that went up in Los Angeles in advance of the movie’s release, becoming one of the most viral, and most well-liked, parts of the already well-received Deadpool campaign:

Far from being seen as unprofessional, injecting a little humor (and a few emojis) into your posts can create a surge of goodwill, and increase customer trust and loyalty for your brand. Just make sure you don’t step over the line into being inappropriate, and make sure you’re using the correct emojis and hashtags for your message. Trying to capitalize on the momentum of another brand or social movement can make your business look silly at best and utterly tone-deaf at worst if you’re co-opting something that’s perceived not to belong to you. On that note:

Emoji abuse will take your brand from fun and relatable to silly, ridiculous, and out of touch in a heartbeat if you’re not careful. Brands have experimented in the past with critical emoji overload to mixed success, as in an all-emojis press release created by Chevrolet. Other brands have tried to incorporate emojis but done so in a way that rang false for their brand or perceived level of professionalism. Though not a business, Hillary Clinton’s presidential campaign once released a tweet that asked followers to respond with emojis, a move met with criticism and ridicule due to Clinton’s campaign often being regarded as somewhat behind the times. 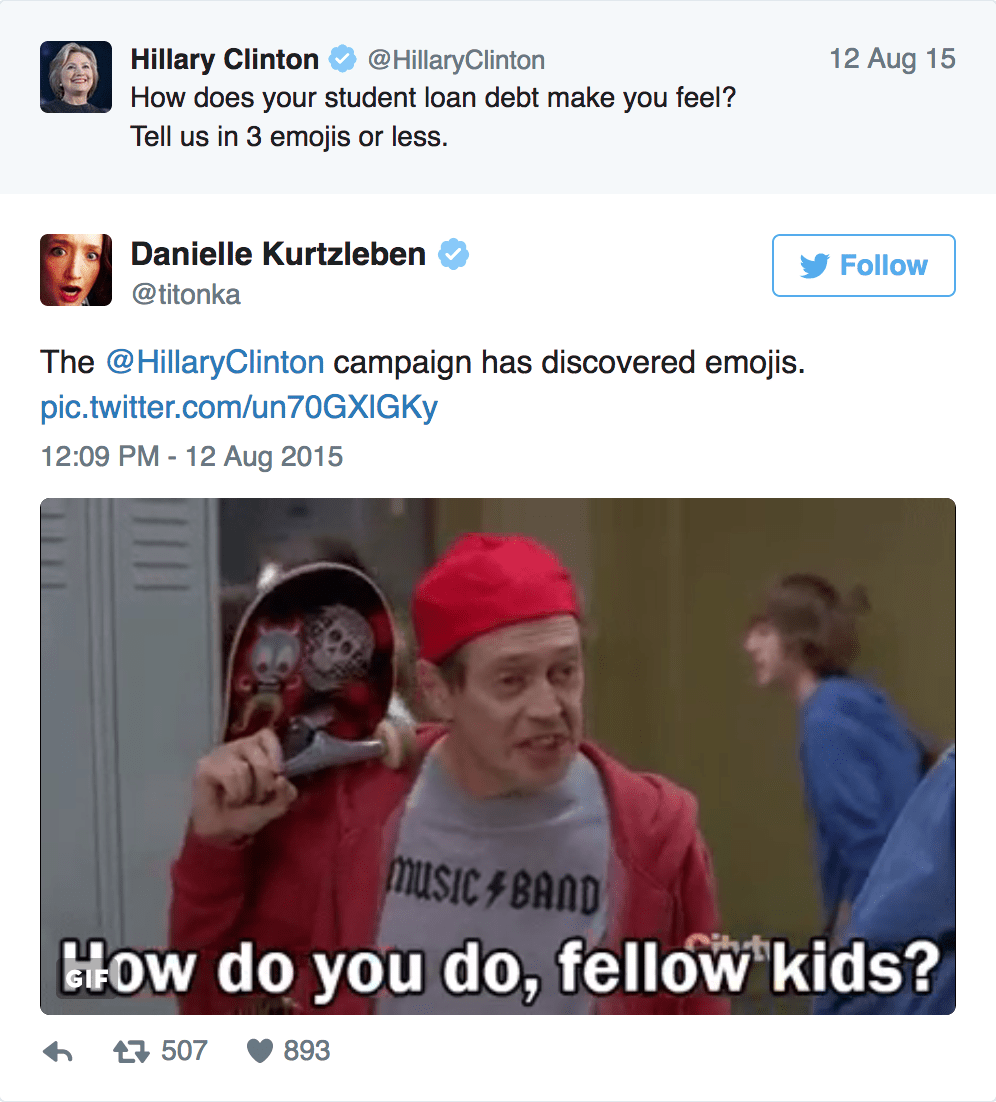 Essentially, there can definitely be too much of a good thing. Keep your brand’s perception in mind when you decide to make use of emojis and make sure that whatever you use will stay in line with that perception. Sometimes, less is more, and a lighter touch can win you more fans while keeping your existing followers happy.

Ultimately, all three of these points boil down into the most important consideration of all: knowing your audience. Your audience will determine what emojis you should use, how many you should use, and how often you can use emojis in your messaging. If your audience is primarily older age brackets, like 55-64 or 65+, then your attempt at emojis may well fall flat, or seem silly. If your audience is comprised of millennials and gen z, they’ll be much more likely to connect with what’s been a native language to them all their lives. Mature markets in between will have different responses, some positive, some lukewarm, some negative.

As a brand, you know your audience best, through personal ways they’ll communicate with you in Twitter replies and Facebook comments. Make sure you understand their tone and reflect it in the copy that you write for your social posts. An airline

Don’t be afraid of emojis. They are a unique and colorful way to humanize your brand and connect with many different kinds of audiences.