You couldn’t follow the same strategy if you were marketing Titanic. You would be hard-pressed to find the same success at the box office if you were marketing the latest Disney tent pole release. But for a low-budget horror flick like Paranormal Activity, relying heavily on social media marketing was a smart move. After grossing $500,000 in one weekend of midnight screenings in 12 select markets, the studio has expanded to a regular distribution schedule in 46 markets and 170 theaters, and executives at Paramount/DreamWorks are sitting pretty. 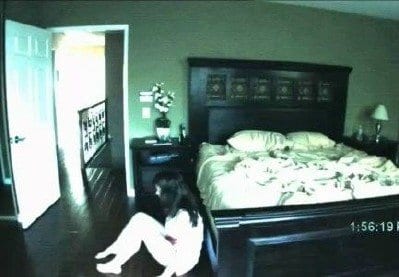 According to an article in the online edition of today’s Advertising Age, the film cost a mere $15,000 to make and originally caught the attention of Steven Spielberg at last year’s Slamdance Film Festival who then took it to Paramount/DreamWorks with the intent to remake the movie into a major blockbuster. But the studio had different ideas.

Turning the film into a big-budget hit would have likely taken away from its appeal to the younger, web-savvy set. Now, after a marketing campaign that relied heavily on Internet users and social media platforms like Eventful, Twitter, and Facebook, the film, which few people had heard of just a month ago, is now showing potential to become of the most profitable films all year.

I can attest to the fact that I only found out about Paranormal Activity yesterday, after seeing friends post about it on Twitter and Facebook, and from the looks of things, it sounds like I am one of many ‘social media’ success stories. However, it wasn’t simply social media that helped make this movie a viral success; the movie itself was based on a concept that lent itself beautifully to viral promotion. It had shock value, and inspired controversy.

The buzz created by a shocking concept makes it well-suited to viral promotion, which is based around buzz and sharing of ideas, and being a story about ghosts, Paranormal Activity is inherently shocking. Shocking concepts involve ideas or stories that grip people’s consciousness and brand certain ideas or questions in their mind. Shocking concepts inspire people to dig deeper into the idea and learn more about it, whether by researching online, asking friends, or in the case of Paranormal Activity, seeing a film.

A controversial concept is similar to a shocking one, but an idea that is controversial takes the buzz further and begs the question, “is it real?”, stirring up even more conversation. While a shocking concept will generate interest, a controversial buzz will help sustain conversations by bringing a new element of debate to the discussions Being a ghost story, Paranormal Activity is controversial at its core. While Paramount’s marketing arm avoided spinning the film as a true story a la Blair Witch and focused instead on promoting the viewer experience, the sheer nature of a ghost story raises questions about the validity of paranormal activity, adding fuel to an already raging fire.

The upshot? While viral and social media marketing is a cost-effective and powerful way to market your product or service, whether it be a new phone or a movie, studying Paramount’s marketing strategy for Paranormal Activity should clue you in to some key factors that contribute to a viral campaign’s success, the most important being that the concept itself is viral.

Do you think there are other films that could have benefited from a viral marketing campaign? Can you identify a marketing campaign that failed simply because the content wasn’t viral? Post your thoughts below!