On Monday, June 22nd, 2020, Apple Insider published an article casually informing the world that “Safari now blocks Google Analytics on sites.” Before we unpack what the author is talking about, let’s start with the very first thing you need to know.

Now that we’ve gotten that out of the way, there are some additional questions we can help you answer.

Why did Apple Insider say the new version of Safari will block Google Analytics? What is actually happening?

Apparently the article was written based on a single tweet about a screenshot shared during WWDC: 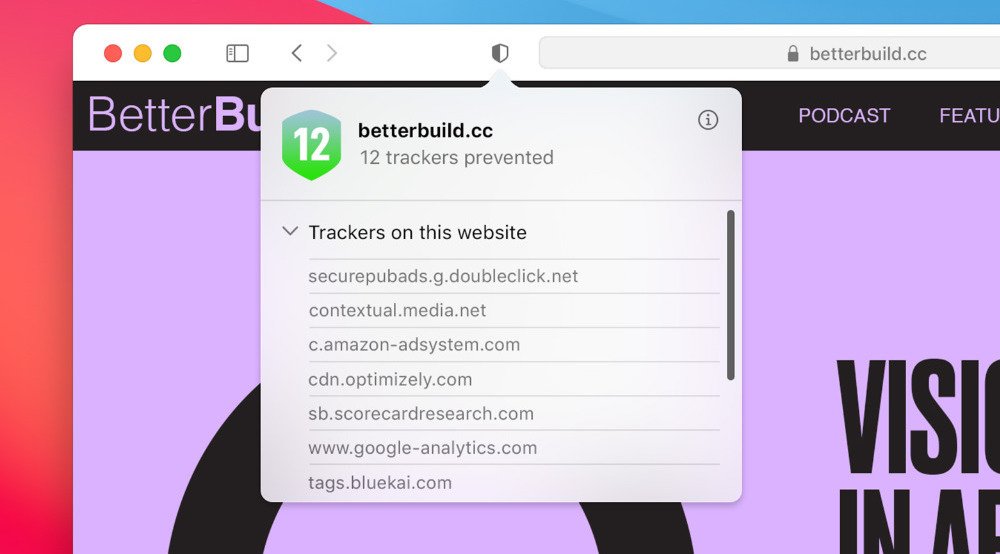 Safari 14 is not blocking Google Analytics and there have been no updates to the Intelligent Tracking Prevention (ITP) associated with this release that would indicate otherwise. Similar to other privacy-centric updates we’ve seen in recent months (Firefox’s ETP for example), there has been a rush to judgment without context for the information on display within the new “Privacy Report” UI.

One thing is true: the language used within the UI referencing “trackers prevented” on desktop & “trackers blocked” on mobile is misleading—we hope it’s refined prior to the full release of Safari 14 to avoid confusion.

We’ve discussed the impact of older versions of ITP before, in particular the limitations they have placed on web tracking. At its core, though, ITP is not designed to stop marketers from gathering onsite behavioral insights; rather, it’s designed to limit cross-domain tracking.

That’s what the screenshot in question is referring to: when we see “google-analytics.com is prevented” appear, it’s actually referencing third-party cookies associated with google-analytics.com are prevented. Rather than impacting Google Analytics ability to track user behavior, the new feature is limiting attribution and session stitching that is possible within Safari.

A quick note per John Wilander on the scope of what ITP is designed to do:

Of course, this wouldn’t be an article about ITP & its impact on Google Analytics without a reference to Simo Ahava. Ahava was quick to point out that many in the media were incorrectly reporting on this particular feature of Safari and has produced a fantastic article covering all aspects of this story (note: it’s important not to conflate this story with others focused on changes to Mobile Device IDs (IDFAs) which gives users granular control over App ID permissions that were previously hidden deep within their setting’s menus).

Personally, I stand by Ahava’s take on this and was shocked by how quickly misinformation was able to spread throughout an educated community of marketers. The reality, of course, is that sensational headlines drive clicks, and to be first to market with a story will often trump the need to focus on facts and take a more cautious approach to sharing new information.

To be clear: how is the Safari upgrade actually going to impact my site’s Google Analytics right now?

The privacy feature in the new i0S 14 updates do not include any updates to the way ITP works.

Specifically, ITP has not changed to block HTTP requests of ITP classified domains, but does still limit access to identifying information (e.g. cookies) based on ITP classification.

Could more privacy restrictions roll out in the future that impact my ability to track customer behavior?

Although the privacy updates announced for iOS 14 do not include anything that will necessarily impact tracking within the browser (any more than it is already affected, to be clear), that doesn’t mean that further restrictions will not be rolled out as future ITP iterations are released. Marketers need to be vigilant when monitoring relevant metrics across browsers and be mindful of upcoming privacy-related changes in Safari and all major browsers.

At its core, ITP is a response to marketing technology ignoring optional signals from users such as “Do Not Track” that were believed to be a solution to web privacy issues. While I struggle to understand some of the logic driving certain changes to ITP (after all, a free internet requires some kind of path to monetization for content creators, which in turn requires attribution intelligence to understand ad performance), I certainly understand why John Wilander and the WebKit team are taking a stand here.

The truth is that we need to take user privacy seriously and take part in the conversation so we don’t wake up to a world where Google Analytics is blocked in totality.

Data privacy restrictions are evolving every day, and marketers must be prepared to pivot—or risk falling behind. Download the State of the Data 2021 playbook to learn how your brand can truly prevail in a post-data world.