Greetings! Well, the last two weeks have been a whirlwind of hotel rooms, conference centers and networking events. In the end, however, it was well worth it, as we met a ton of prospective and current clients and partners, gave several amazing talks and spent some great time with the thought leaders of our exciting industry!

We kicked things off two weeks ago in Orlando as a sponsor of Inc. Magazine’s GrowCo conference, enjoying it’s second terrific year. Though it was designed as an educational conference for companies more in the bootstrap phase that with the right guidance make it to the flagship Inc 500/5000 conference, we were thrilled by the caliber of companies and people at the conference (not to mention the growing turnout of just under 500). 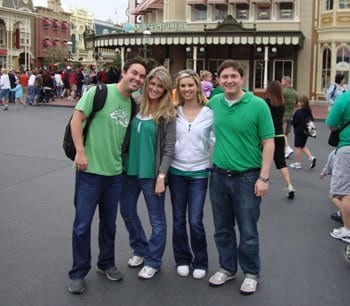 We capped off the conference with a boisterous day at Disneyworld and Epcot center, a destination that sadly eluded me for the first 29 years of my life. However, the Wpromote team present at GrowCo more than made up for this childhood deficiency with a full day of rides, amusement park food and St. Patrick’s day debauchery (which amazingly fell on the same day as our visit).

After a screaming-baby-filled flight from Orlando, we happily touched down at JFK and headed into New York City where we were met by the best weather of the year and the kick-off of one of my favorite conferences, Search Engine Strategies NYC. Over the next three days the Wpromote team met with hundreds of potential clients, industry friends and partners, as we showed off our brand new Wpromote booth, months in the making.

On Day 1 of the conference, Mike Stone (Wpromote’s CRO) and I keynoted a presentation entitled “10 Things To Supercharge your SEM Campaigns in 2010”. Covering a little bit of everything from PPC to SEO, landing page optimization to social media tactics, this hour-long session with a little under 300 in attendance was a blast to put on, but even better were the glowing reviews and even a few (hopefully deserved!) comments that it was the most valuable session of the conference. Either way, our egos are sufficiently padded to warrant a definite return to bring back a session like it next year! 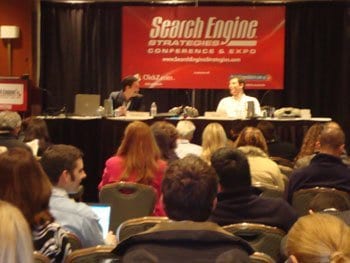 On Day 2, I was thrilled to be asked to join an amazing panel moderated by Online Marketing Connect CEO Aaron Kahlow, which included SEO guru Rand Fishkin from SEOmoz.org and Harry Gold from Overdrive Interactive titled “Real-time search and Twitter”. It was a terrifically fun panel (is it too apparent that I love this stuff?) and the other panelists were truly incredible. For any of you that got to enjoy this panel, it was one of the best I have been a part of on either side of the dias.

After one final night out on the town and a much-anticipated flight back to LA, I reunited with normalcy, my own bed and (perhaps most importantly) a washing machine, and returned to the office, which I don’t think I have ever been so happy to see.

That’s all for now… Next stop: Adtech San Francisco April 19-21. If you are in the bay area or planning on attending the conference, it should be great. Come stop by our booth (#5340) and say hi to the team!

Amazon Conferences You Should Attend: 2019

The 8 Must-Attend Digital Marketing Events For 2019