Last month, Google rolled out one of the largest search engine algorithm updates it’s ever done—leaving a trail of tumultuous website rankings in its path. Dubbed at onset as the “Google Medic Update” by SEO guru, Barry Schwartz, the update primarily affected organic rankings for health, fitness, and medical websites. As more information and research has emerged, however, SEOs have begun referring to it as the “Query Intent Update.” 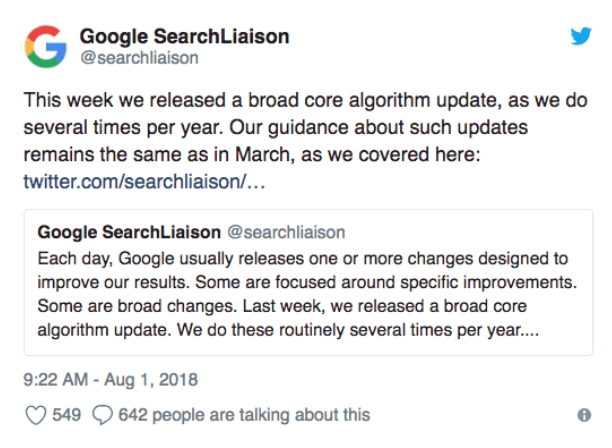 Find out exactly what happened as well as optimization and/or recovery tactics below!

So Rewind, What Exactly Happened?

In the week of August 1, 2018, Google confirmed via Twitter (@searchliason) that it had “released a broad core algorithm update … designed to improve [the quality of] our results … as we do several times per year.” 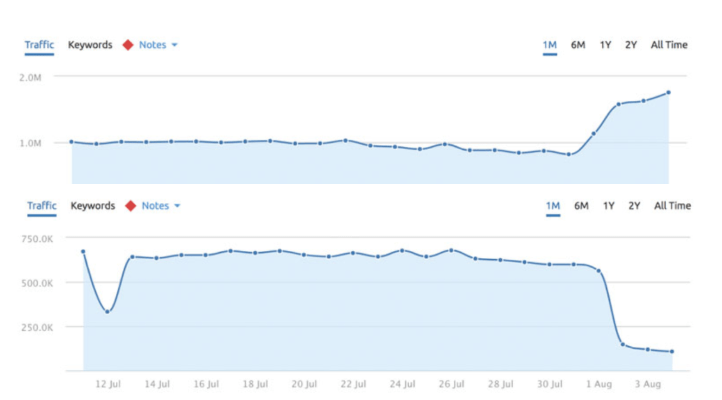 SEOs were left frustrated and unsatisfied with Google’s vague explanation. Particularly so because this ‘routine’ update severely affected so many high quality and authoritative websites (examples above, compliments of Marie Haynes). Underpinning this idea, Moz also reported as much as a 70% increase or decrease in page one visibility in just 7 days across top US websites.

Its Impact & Best Practices Is Applicable To All Sites

An important item to unpack from Google’s tweet is referring to the update as “broad core.” Despite its name, Google has repeatedly denied that it targeted health, fitness, and medical industries specifically. Though these types of sites undoubtedly took the biggest hit (totaling 42-50% of all affected sites by Schwartz’s calculations), the other half of affected sites were from other industries—including Ecommerce, travel, and entertainment. 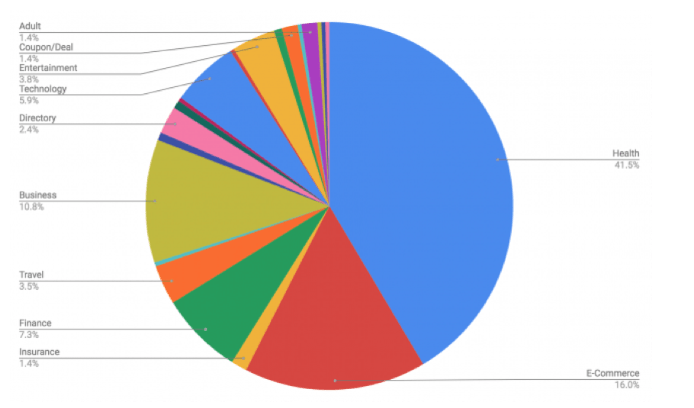 What’s more, Pedro Dias, former Googler turned SEO, interviewed Gary Illyes of Google on stage at the Search Masters Brazil event on August 18. The following day, he quoted Illyes in a Tweet saying, “The August 1 core algorithm update was’t [sic] designed specifically to target health or YMYL websites. It was just a happy coincidence that it also impacted sites in that vertical.”

How Can You Optimize Your Site To Adhere To Best Practices, &/Or Recover From The Google Medic Update?

Several SEOs have tweeted at Google asking how to fix their site to better adhere to best practices. To which Google has replied, “There’s nothing wrong with pages that may now perform less well. Instead, it’s that changes to our systems are benefiting pages that were previously being under-rewarded”… “[so] remain focused on building great content.” 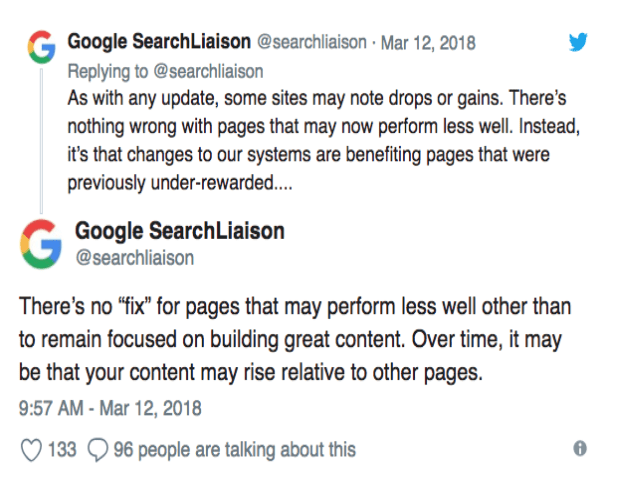 Great general advice, to be sure. However, it doesn’t do much to help the sorest losers from the update. For this reason, SEOs have begun speculating two theories for getting back into the search engine algorithm’s good graces—each toting positive, albeit modest, correlations. (Regardless of how they influence the Medic update, they are good best practices to follow.)

The first recovery theory that circulated post-update was flexing your website’s E.A.T.—expertise, authority, and trust. This likely stemmed from Google’s Danny Sullivan tweet (day-of roll out) recommending that SEOs review their 200 page, Quality Rater Guidelines. Coincidentally enough, these guidelines were updated just one week before the update roll out—acting as another indicator that the algorithm update is somehow tied to E.A.T. 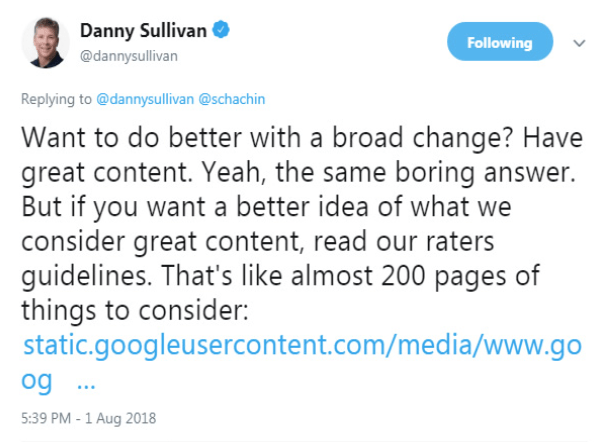 The newer of the two recovery theories is the Query Intent Theory, and hypothesizes that it all comes down to mirroring your website’s content to searchers’ intent. This theory does better explain how some websites with great, highly authoritative content (and good E.A.T!) saw such big declines, and vise versa. Not to mention, SEOs have found a positive correlation been the broad core update roll out and an uptick in “People Also Ask” boxes in search results.

The takeaway for this one? Try your best to match top funnel page content to how a user would actually ask/expect the question to be answered.

“Content Theory” is less of a stand-alone theory than it is an element tested for within a larger research project conducted by Canirank.com. They found a moderate correlation between a web page’s content length and its SERP position post algorithm update. Meaning, the longer the page’s content was (relative to its competitors’ similar page) the better results it had from the update. 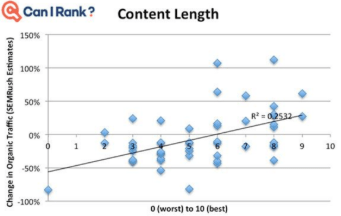 In sum, there appears to be a strong push by Google for websites to be able to thoroughly answer searcher’s specific queries—while flexing your authority to be the one to answer it. Now it’s time for you to weigh in. Was you or your client’s website negatively affected by the Google Medic Update? What strategies have you or your marketing tried to recover?

Related Posts
Prev
Next
Financial Services: "Your Money or Your Life" & Your Rankings

The Monetization Of Google’s Local 3-Pack

Everything You Need To Know About Google's Penguin 4.0 Update