The leading provider of painless, porcelain veneers, Lumineers started working with Wpromote in 2008. Despite positive results, the company knew its online marketing needed improvement. With nearly all its traffic generated from branded keywords, a poorly optimized site, and a landing page that hadn’t been properly tested, Lumineers hired Wpromote to take over its PPC campaign, design and execute an SEO strategy, and execute landing page optimization tests. 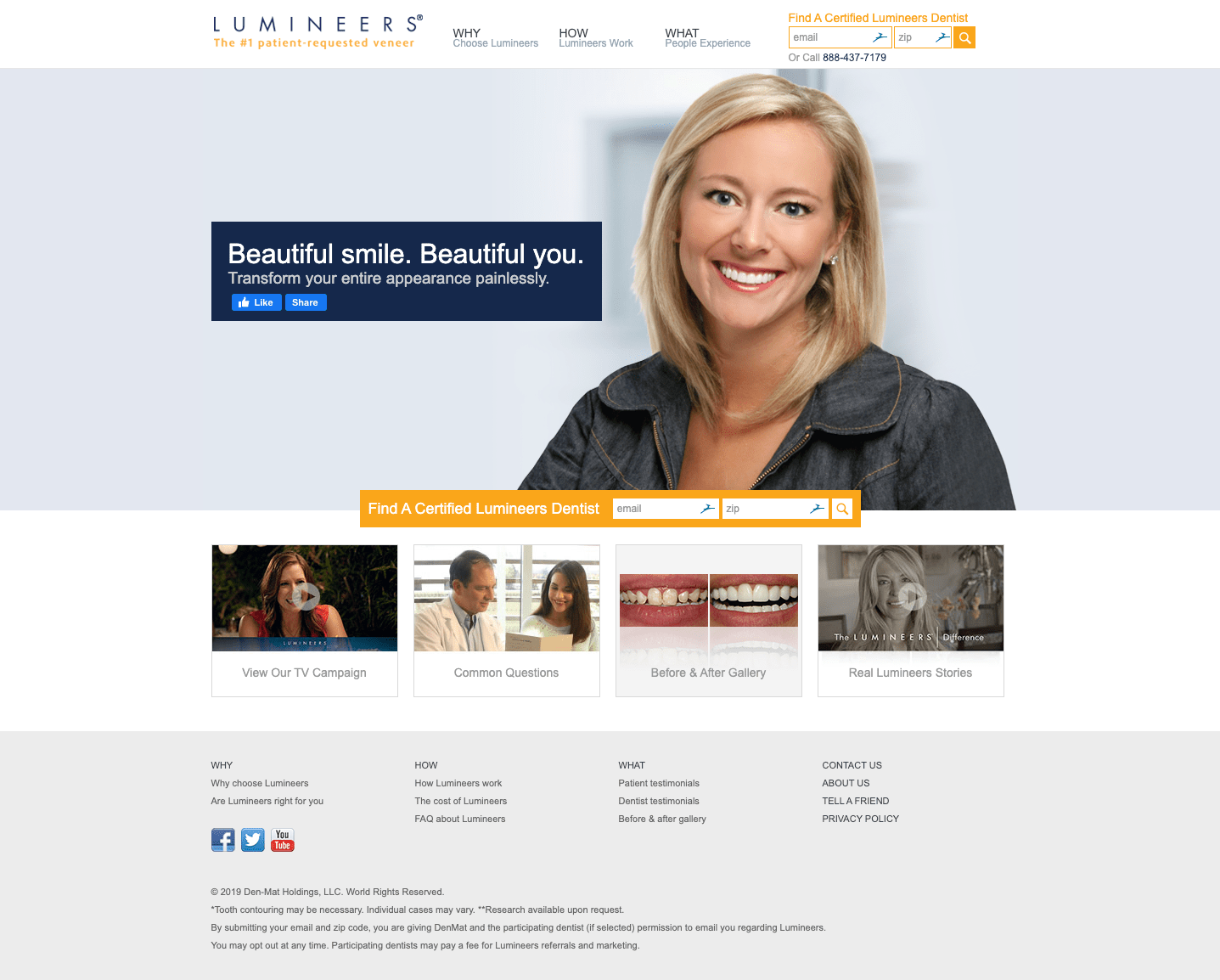 In the beginning, Lumineers was spending 42% of their PPC budget on the branded term ‘lumineers,’ nearly all in Google. It also had a minimal presence on content sites. Likewise, as Lumineers’ domain is younger than that of many competitors, it was at a disadvantage when it came to SEO. Finally, it was clear that Lumineers’ landing page was not converting as well as possible. All in all, there was tremendous opportunity to diversify traffic and boost conversions.

Once SEO was underway, we turned our focus to Lumineers’ landing page. We devised eight combinations of new images and copy we felt would boost conversions and performed a multivariate test using our proprietary optimization process.

Our first step was to expand Lumineers’ keyword lists to target long-tail and exact and phrase-match opportunities. Next, we enhanced their presence in Yahoo, MSN, and the Google content network.

Lumineers’ was in the process of a website redesign. We consulted the company on creating SEO-friendly pages and implemented 301 redirects to preserve rankings. Next, we populated the site with content to help it rank for competitive keywords.

Through multivariate testing of various elements on Lumineers landing page, we increased the conversion rate by 120%, delivering over 1,200 additional leads without increasing spend.

Annual savings:
Through PPC optimization, we effected a change leading to a savings of $126,149.57.

Through continuous optimization, we achieved and maintained #1 rankings for Lumineers’ most valuable keywords.