Continuing from yesterdays list of “The Real Geek-Girls” worthy of our time, respect, and admiration, I would like to note that these women are geeks based on either their perception of themselves, or more specifically to this post because I have deemed them to be a part of the geek culture. Just as I have selected in The Real Geek-Girls (Part 1), these outstanding women have some type of Geek credentials… not credentials handled by a specific government, but rather by an international group much like S.H.I.E.L.D… but for geeks, not spies and whatnot (Jill… I saw that tweet). 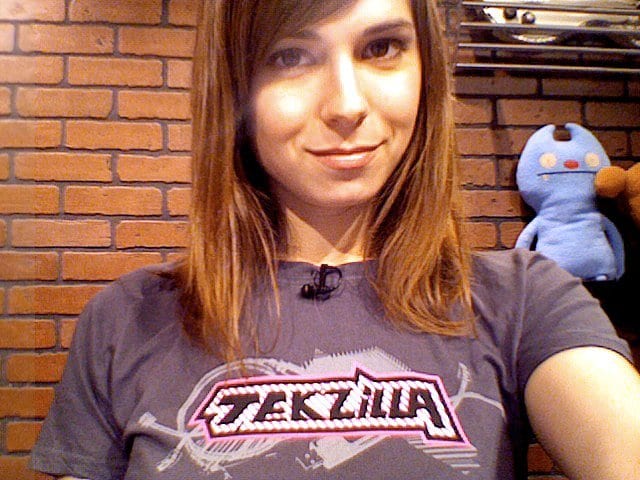 Belmont is so far out of my league, not because of her striking good looks, but because I am so far behind the times when it comes to cell phone technology and overall gadget use… oh, and also because of her striking good looks. Co-Host of Tekzilla, a show on Revision3 Internet Television, Belmont helps viewers to better understand their gadgets, to understand what options viewers have on the market (reviews/comparisons of products) and she gives viewers the latest in internet/computing news and information. This show is truly for tech nerds. Listen to Belmont give you a quick Daily Tip and get that awesome comp/internet knowledge while enjoying a browser and viewer friendly experience. Some nerds may remember Belmont from her days of guest-hosting Attack of the Show! with Chris Hardwick (@nerdist himself). Being on Attack, co-hosting a tech show, loving gaming… yeah, her geek cred checks-out. Veronica is, as any hardcore techie with a web-show should be, very active on twitter. I suggest follower her. If not for you… for your computer’s sake.

As the Editor-in Chief of ComicsAlliance.com, Laura Hudson runs one of the most entertaining, humorous and fun websites to frequent and geek-out on. Hudson could easily sit back and just make sure her team of writers continue to post creative material; however, Hudson is one of the most active contributors to Comic Alliance. At times you may find 3 posts by Hudson in the same day! In Hudson’s “Parting Shot” segment, she does a great job of trolling the internet to bring geeks some of the wackiest content perfect for linking their like-minded twitter and Facebook pals. I particularly enjoyed the Parting Shot: Nyan Captain America post she brought to the attention of many geek followers. Hudson is a woman I personally admire because she is in charge of an amazing website that only gets better every day she adds to it. 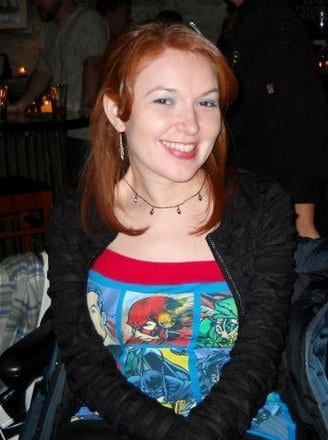 When I first got into blogging about comic books, I would get to my Dashboard section in Google’s Blogger and notice that though I could follow websites, I wasn’t following any. So… I started to look for geek-esk websites with creative content written by individual bloggers who thought outside the comic-box: that’s when I came across The Nerdy Bird’s (a.k.a. Jill Pantozzi) accurately named blog, “Has Boobs, Reads Comics“. Boobs… comics… my interest has risen (if you know what I mean). Pantozzi writes about all things pop-culture including movies (mostly comic or fictional based), comics (she loves Batman), random pop-news (not news about Pepsi, Coke or RC you east coasters) and most notably Pantozzi writes about the BBC’s Doctor Who. She loves Doctor Who. Her love for the long running television show has actually come across so well in her blog posts that she has been one of the main factors I started giving the show a chance, and sure enough, she was right. The show is great. (Matt Smith is my Doctor.) One can find the Nerdy Bird’s words all over the interwebs on comic-fan favorite sites like Newsrama (her segment “Hey, That’s My Cape!” is always a well thought out fun read) and even older posts on CBR (Comic Book Resources). Following the Nerdy Bird’s tweets is much like following Bonnie Burton’s twitter in that she will link her tweeps to all of the best comic news and humor (possibly by Laura Hudson) you don’t have the time to find yourself. If, as the Oxford dictionary defines geek-girls : has boobs, reads comics, is true…then I do believe Jill Pantozzi is the perfect geek-girl specimen. 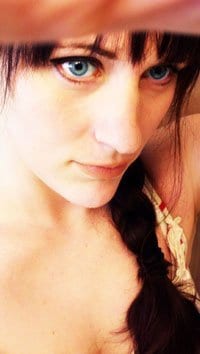 To stay as current as possible, I can’t write a geek-girl type post without speaking about Renae De Liz. Renae, besides being an artist for IDW’s The Last Unicorn, is the project manager on the soon to be produced massive all female anthology: Womanthology. Explained via the Womanthology website:

“The purpose of the book is to show support for female creators in comics and media… Overall, this is pretty much a huge book showcasing what women in comics have accomplished, and what we are capable of. We are also hoping that by doing this book, it will encourage a new generation of women to pick up the pencil and create!”

You will find that some of the creators in the anthology are on our list of admirable geek-girls (such as Burton and Pantozzi), but you should also notice that while we have highlighted some talented and interesting women… there are so many more out there in the business of geek and creativity. Renae De Liz has done a great job bringing so many women together for this project and her kickstarter website which was hoping to get $25,000 to fund the project has gotten such an amazing response that her website has raised over $54,000! Renae was able to put together packages of books and professional signings to help entice support and donations with extreme effectiveness. Besides the donations raised for the printing and production of the anthology, the proceeds will be going to the charity GlobalGiving.org… a worthy cause. If the work in the finished product is anything like the work Renae De Liz put into this project, I am sure Womanthology will be a great book for any coffee table, book shelf and set of eye-balls. 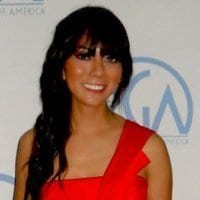 Who? Exactly. The last couple of days I have covered some”Real Geek-Girls”, yet like many real girls (women) these girls are not very tangible or assessable. Sure, they reach-out to their fans and readers, and you can even speak with them at conventions ( don’t you dare try to shake their hands…that’s crossing the line); but, for most people (like myself) their relationship with these women is a one-way communication: they speak…we listen. This is where Josie comes in. She is my real life geek girl. Josie is my geek-girl-pal, but more than that, she is the highest level of geek friend I have. She knows more about comics and comic-culture than anyone I know. As personal assistant to Lost co-creator and Star Trek (the newer awesome movie) co-writer Damon Lindelof, Josie has access to so much inside geek info and so many geek events. She brought me along to the Lost finale where I sat behind Damon, J.J. Abrams, Jack and Locke! Are you serious! Yes, Dom… you are. But that isn’t even the best part about Josie (getting to tag along on geeky adventures), the best part about Josie is that she is always down for going to a comic movie even if it has bad reviews, she is down to go to any convention, and she gives me all the news about what’s funny or interesting in the world of comic-culture. She’s my comic-culture Magellan. She lead me to the discovery of Bonnie Burton, who was highlighted in yesterday’s post and she will lead me to the next creative and interesting person I soon follow on twitter and obsess over until I’m at the point of stalking them via the window across the field from their apartment with my telescope… for example… Ummm, yeah, so my last “real” geek-girl I would like to highlight is my friend, Josie Kavadoy. This last geek-girl represents your geek-girl pal: the one that makes you feel like the cool person because they are an absolute nerd… and they are awesome because of it.

After writing about a handful of “Real Geek-Girls” I feel pretty good about women. They have really picked-up their game over the last few decades, and by picked-up their game I mean men have stopped holding them down or back. There are so many geek-girls out there that it makes these last couple of posts a bit inaccurate. The women I mentioned are admirable and respected because they are just cool and hardworking individuals. That really has nothing to do with being a geek, or a girl. The geek label is just a way we help guide ourselves when understanding a person’s interests, which is fine, but not any kind of a way to really define a person. As the women in these posts have demonstrated, they are more defined by their communication skills, creativity, tenaciousness and their ability to make a lasting impression.

For more posts by Dom, make your way over to 365DaysofComics.com!