Wpromote is giving homage to the most fashion-forward women we know: the original geeks. These “geeks” that were selected by Wpromote’s extraordinary PR woman, Maria Sass, have a couple of things in common: they are all fictional, and they are all (except for Daria and possibly the American Pie movie) from things actual geeks wouldn’t care about or watch.

As a person with actual “geek” and/or “nerd” cred (noted below), I feel it is my duty to represent Wpromote in a positive Geek-Girl light. Simply putting together a list of fictional characters from mainstream movies and shows is not a very good way to represent the geek-girl culture. There are real women out there worth our time, respect, admiration, and worth looking-up to that have legitimate geek credentials… and I would like to highlight some of them.

Felicia Day is the sparkle of every comic and pop-culture convention’s eye. She has acted in notable “geek” shows such as Buffy the Vampire Slayer and in the Internet sensation Dr. Horrible’s Sing-Along Blog, starring Neil Patrick Harris. But her most notable credentials come from her original web series, loosely based on her life as a MMO gamer, The Guild. Day tried shopping her Guild idea around to television networks, but was told her geek-esk show was too out there and wouldn’t connect with enough people. Day knew there was an audience, so she produced The Guild herself (with the help of friends) which then went on to gain one of the highest web-series followings ever. Her determination to follow through with her passion of creating something original makes her worthy of anyone’s admiration and respect, not just geeks. 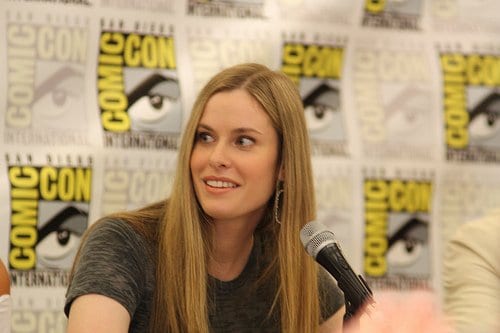 Many people do online what Butler does on TV (and online), but no one does it as well as she does. Butler is a stand-up comic who hosts the “Fresh Link” segment on G4’s (nerd TV network) Attack of the Show! She highlights comics which readers should buy and cool new collectables available for purchase. She does her segments from local Los Angeles comic shops (please come to the Comic Bug in Manhattan Beach, CA!) and does interviews at comic conventions. Geeks follow her for advice on all things comics with a bit of humor. She makes collecting comics feel cool and gives comic enthusiasts something to look forward to…other than Wednesdays.

The current queen bee of all nerds may not have wavy hair, but she sure knows how to spell it. Sukanya Roy, an 8th grader from Pennsylvania, won the 2011 Scripps National Spelling Bee by completing the Greek word cymotrichous (my spell-check freaked-out and couldn’t come up with the correct spelling for this word…that’s the kind of machine Roy is). In the 14 year old’s third Scripps competition (finishing in 12th and 20th place in the past 2 years), Roy captured the honor of winning by using her past experience to remain calm and relaxed during the stressful event. The hard work that goes into winning such a prestigious event is both inspiring and worthy of our approbation. Approbation was the biggest word I could come up with. Roy spells that word in her alphabet cereal…while sleeping!

It was tough to only speak of 3 female comic book creators since there are so many good ones. Here we have Gail Simone who notably writes popular DC titles such as Birds of Prey and Secret Six. Both titles have strong female characters and bring attention to the lower level characters in the DC world. Her writing is wonderfully progressive and has received several nominations for the GLAAD award for portrayals of LGBT characters. Amanda Connor, best known for her art on an amazing Power Girl run, is one of the top artists in the comic industry. Her character’s facial expressions are second to none and she is one of the most engaging artists at any comic convention. Connor once dressed up in a full skunk outfit…just cuz. Laura Martin, like Connor, is also an artist, except Martin specializes in the art of coloring. She is currently the premier Marvel Comics colorist and has received multiple awards for her coloring skills (2 Eisner Awards, 4 Comic Buyer’s Guide “Favorite Colorist” Awards, etc….the list is too long). All 3 women are leaders in their industry and favorites among comic geeks. They truly push their profession and women to be better and more creative with every project they work on. 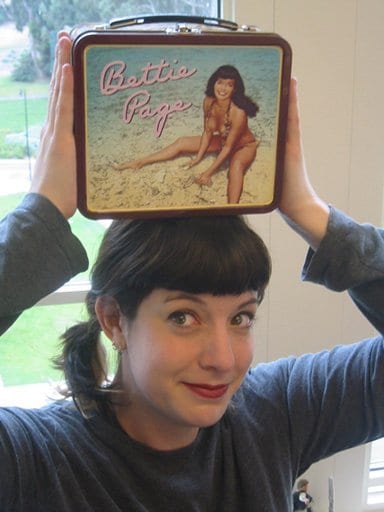 If geek-cred were midi-chlorian, than would be one powerful Jedi Knight. Burton is a staff writer for StarWars.com and controls the official Star Wars blog. Yeah, if you are a content developer for a Lucas company…you’re pretty much elite in the world of geeks. Burton is also a journalist who has been published by Wired, Digit, Geek Monthly and Bust. She also does some long form writing by way of her 2009 book “Girls Against Girls: Why We Are Mean to Each Other and How We Can Change.” She writes about ways for teen girls to handle dealing with “mean girls” and offers advice on ways to better one’s self so that they don’t fall into the mode of becoming a “mean girl” themselves. You can follower her twitter account (@bonniegrrl) if you wanted to be connected to all things geek. If you want your ear to the geek-street, following Bonnie Burton is a must.

Overall Geek Rating – 7/10 – I lose points for being super attractive, muscular and modest.