As digital marketers, we love data. We want to track basically every click, impression, and advertising KPI imaginable under the sun. However, a lot of these metrics are are based on ads that are placed outside of your website. For example, if you run a Facebook ad campaign on promoting your widget, you’re probably tracking how many people saw the ad, how many clicked, how many purchased, and any differences shown in your A/B test. Although these are really important things to track, metrics around ads that are placed inside of your own website are often overlooked.

Let’s start with what I mean by “ads on your site.” Consider the Google Merchandise Store, which the Google Analytics Demo account is tracking. If you go to the homepage, you’ll see a bunch of rows that have different types of products, such as jackets, backpacks, etc. 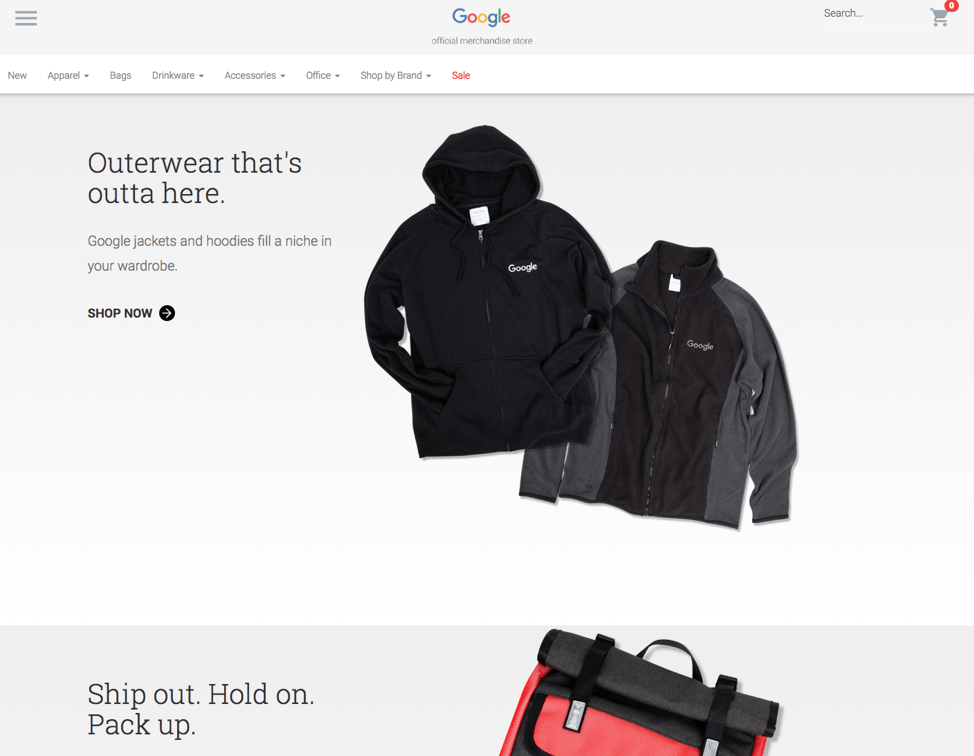 These are technically “Internal Promotions,” and they’re essentially ads within your own site. While you’re not necessarily paying to promote these, they can help guide users to pages that you want them to see. For example, we can presume that the jackets are an item that the Google Merchandise store wants to promote to site visitors, as it’s the first banner that you see when you land on the site.

Now that we’re aligned on what I mean by “ads on your own site,” we need to think about how to properly track these metrics and what we can do with this data. Internal Promotions, a feature in Enhanced Ecommerce, are the ideal method to track impressions, clicks, clickthrough rate, transactions, and revenue from these ads.

Tip: Do not tag those images with UTMs. They will break attribution, as clicking on those UTMs will override the UTM that brought the visitor to the site.

We won’t go into the technical details of setting up tracking, but here’s documentation from Google on how to measure Internal Promotions for those that are interested. 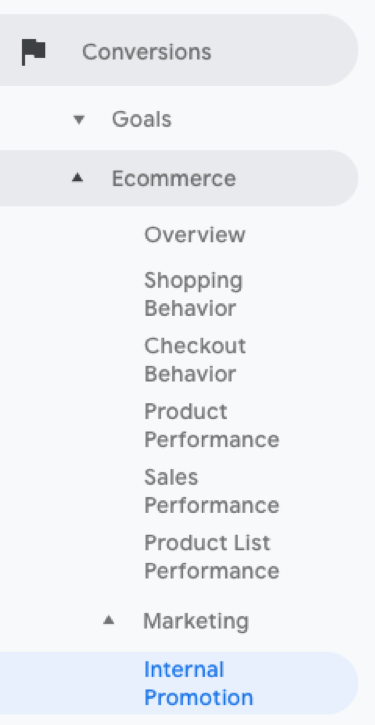 In a nutshell, everything in an Internal Promotion is loaded by the site, and Google Analytics should track the promotion ID, name of the promotion, creative, and position of the ad. Once this is properly set up, you’ll be able to see in Google Analytics what promotions are most often shown, clicked on, and ultimately valuable for your site. One thing to note is that you can track interactions of these Internal Promotions via events, but events don’t show impressions or clickthrough rate data.

This data is extremely interesting, but let’s talk about how it’s actionable:

If this proves that position 1 is the most valuable, then placing the promotion for new or popular items here might generate incremental revenue and/or increase conversion rates.

We can analyze what type of promotion leads the most clicks, conversions, etc. by looking at the actual promotions regardless of position.

The data above takes position out of the equation and just looks at the performance of a promotion. Once we know which promotions do the best, it makes sense to put those promotions in the slot that performs the best.

Note that Internal Promotions are hard to configure, and even Google themselves seem to have trouble setting it up properly! 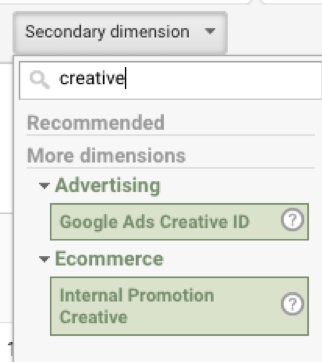 Now the data can decide which creative to move forward with, and you can continually test assumptions on creative.

To recap, Internal Promotions allows marketers to analyze which position, promotion, and creative works best on your own site. By being smarter with ads that are placed inside of our own websites, we can make data-driven decisions on ways to better optimize our sites.

What Google’s Plan to Change Cookies Means For Digital Marketers